The last seven days have certainly been busy. I started the week at Tesco in Barrhead on Monday morning with my latest supermarket surgery. Later on I caught up with some casework and met with my team at my constituency office before heading through to Edinburgh for evening meetings. 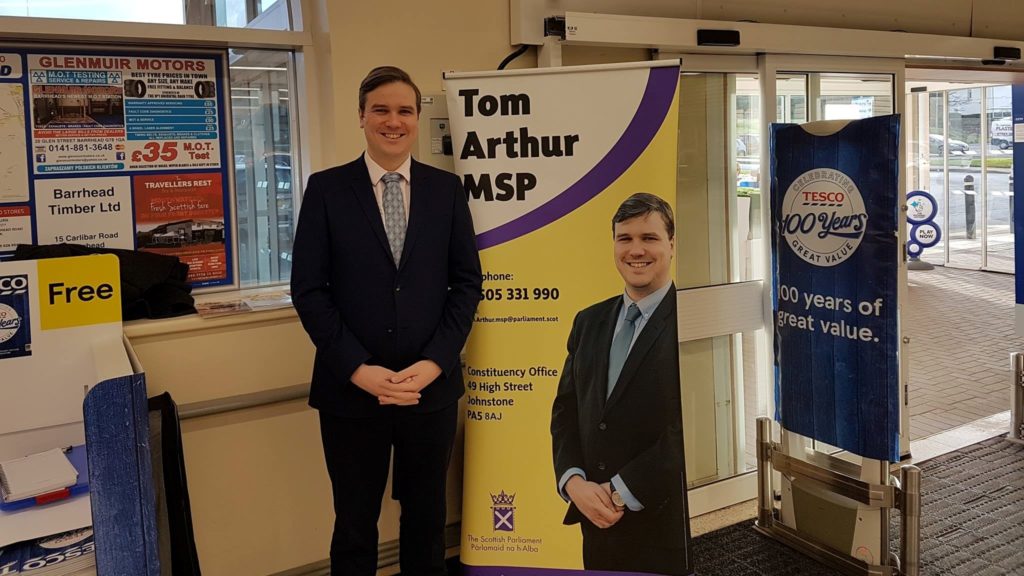 On Tuesday I opened the day with DPLR Committee followed by further meetings in my capacity as a Deputy Whip. In the afternoon I was pleased to speak in a debate on the Scottish Government’s new strategy for tackling isolation and loneliness. I took the opportunity to highlight the work of local groups and organisation such as Lochwinnoch Elderly Forum, Old Kilbarchan Library and Barrhead Men’s Shed. I finished the day convening a meeting of the Cross Party Group on Music, which I established last year.

Wednesday was spent catching up on emails, correspondence and reading briefings as well as more meetings. I took the opportunity that afternoon to attend a special Wreath Laying ceremony outside of the Scottish Parliament to mark the 20th anniversary of the death of legendary trade unionist Mick McGahey. On Wednesday evening I attended the Parliament Burns Supper, where I gave the Selkirk Grace.

Thursday saw the Scottish Government secure an agreement with the Scottish Greens leading to the Budget successfully completing its Stage 1 proceedings. I was please to contribute in the debate and call out the irresponsible and reckless behaviour of the Unionist parties, which can be viewed here. Prior to the Budget debate I attended First Minister’s Questions before convening a meeting of the SNP Backbench Trade Union Group.

On Friday I was back in the constituency and opened the day by welcoming Maree Todd MSP, Minister for Children and Young People, to Wallace Primary and Nursery in Elderslie. I had invited Maree last year to see first-hand some of the excellent work going on at the School, particularly in the area of outdoor play. In the afternoon I met with constituents and with the Chief Executive of the National Hairdressers Federation to discuss support for the sector in Scotland. 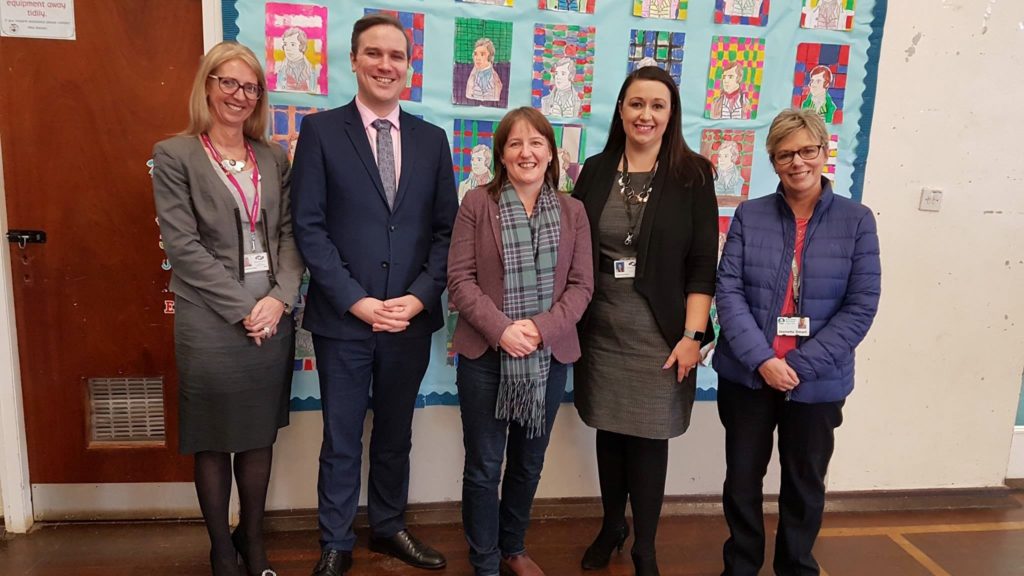 Next week will see stage 2 of the budget amongst other business before Parliament takes a short recess.