The past seven days may not have seen much progress with Brexit however in the Scottish Parliament we got on with the day to day business that people expect, passing this year’s Scottish Government Budget on Thursday.

As always, I began my week in the constituency, meeting with Active Communities alongside my colleague Cllr Jacqueline Cameron. The purpose of the meeting was to discuss how we can continue to support Active Communities exciting plans to take over the former Police Station in Johnstone. If successful, this would transform a currently unused building into a thriving community hub. Along with local SNP colleagues, I will be doing all I can to make sure that all of Johnstone and the surrounding area will see the project realised. 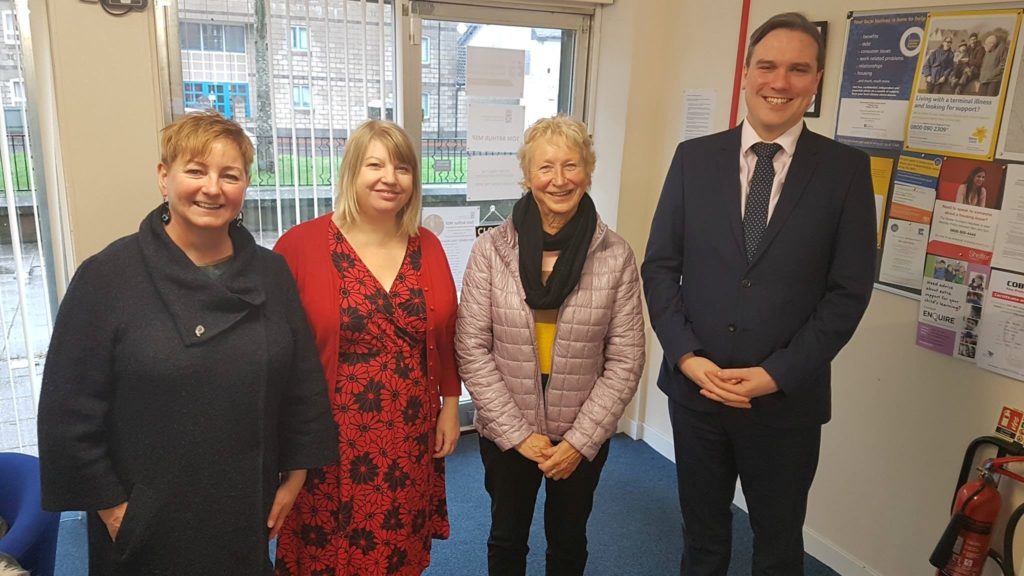 Tuesday opened, as usual, with DPLR committee. My afternoon was mostly spent catching up on correspondence before I convened an evening meeting of the parliament’s Cross-Party Group on Consumer Protection for Home Energy Efficiency and Renewable Energy. This group exists to support those who have been adversely affected by the miss-selling of the UK Government’s Green Deal initiative. This has been an issue that has particularly impacted many of my constituents in Linwood and I have been supporting the work of my SNP colleague, Gavin Newlands MP, who has led on bringing this issue to national prominence.

On Wednesday I was engaged in various meetings, including a follow up from my work as convener of the Pow of Inchaffray Drainage Commission (Scotland) Bill Committee. Thursday saw me in the Chamber, asking a question on how the Scottish Government’s approach to international relations differs from the reckless and incompetent handling of trade talks by the UK Government. Later in the afternoon I was in the Chamber to speak on the final stage of the Budget debate. I took the opportunity to welcome the Budget’s £180 million to tackling the attainment gap and highlight the outstanding Education Scotland report on the work of schools in Renfrewshire.

On Friday I held surgeries in Lochwinnoch and Howwood before meeting with senior management at Glasgow Airport in the afternoon. The airport, of course, is a significant employer for both Renfrewshire and the wider area. We discussed ways in which I can support these jobs, increase connectivity and how we can continue to ensure constructive engagement with constituents in the flight path. I rounded the week off on Sunday afternoon, dialling in remotely for the monthly meeting of the Renfrewshire South Constituency Association meeting.

As always, if there’s anything I can help you with then please don’t hesitate to get in touch.