I’ve had another busy week as MSP for Renfrewshire South.

On Monday, I held my monthly supermarket surgery at Tesco in Linwood before a visit to St Benedict’s High School to meet with Head Teacher Alan Taylor and chat politics with S3 Modern Studies pupils. Later that afternoon I caught a train through to Edinburgh for the weekly whips meeting.

Tuesday opened with DPLR committee while later in the afternoon I spoke in a historic debate on Brexit where, for the first time ever, the Scottish Parliament and Welsh Assembly simultaneously debated the same motion. You can watch my speech by clicking here. On Tuesday evening I joined SNP colleagues for a dinner meeting with Battersea Dogs and Cats Home to discuss legislation on strengthening animal welfare, tackling unscrupulous puppy breeders and promoting responsible dog ownership. 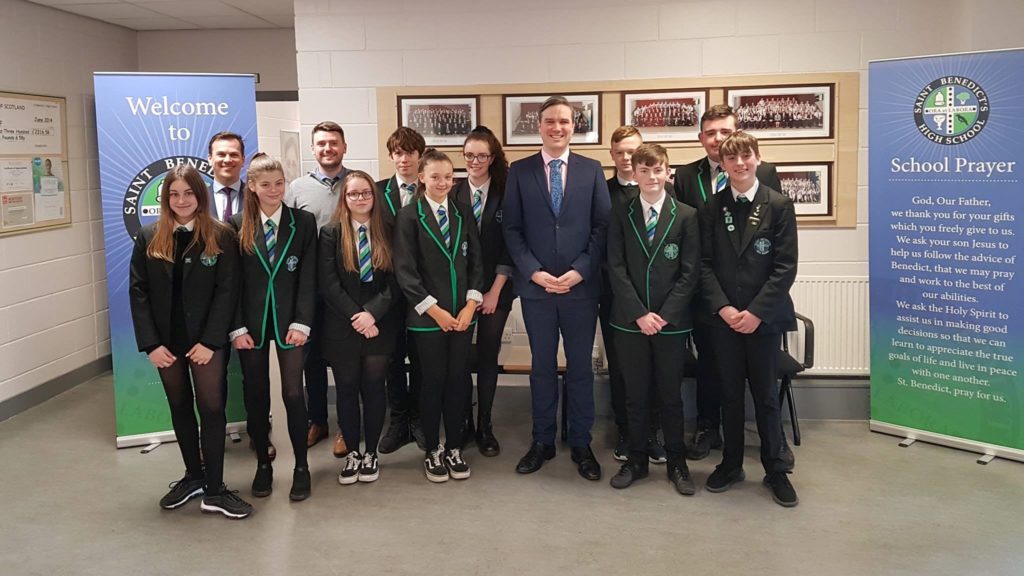 Wednesday morning was spent largely in meetings and in the afternoon I was duty whip in the Chamber. On Thursday, I made a well-received speech on EU Citizenship, which can be viewed by clicking here. Later in the afternoon I had various meetings in my capacity as whip.

Friday morning opened with a visit to Muirgroup Interiors in Barrhead, to mark Scottish Apprenticeship week. 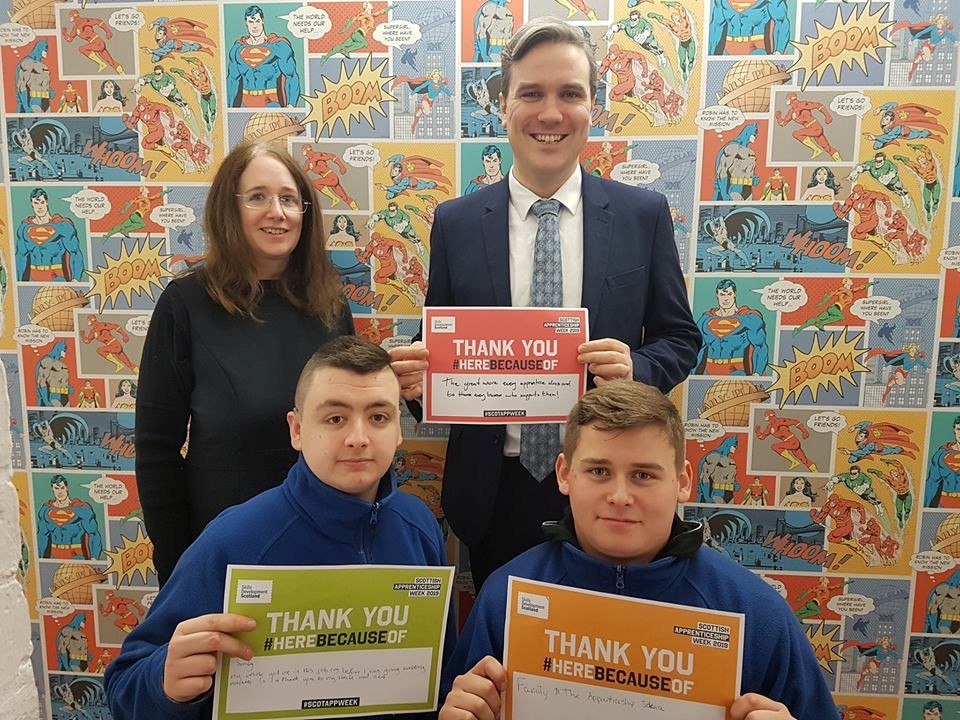 Later that morning I visited my old school, Cross Arthurlie Primary, to answer questions on the work of an MSP from Primary 6 pupils. I rounded the day off with surgeries in Neilston, Uplawmoor and Barrhead. 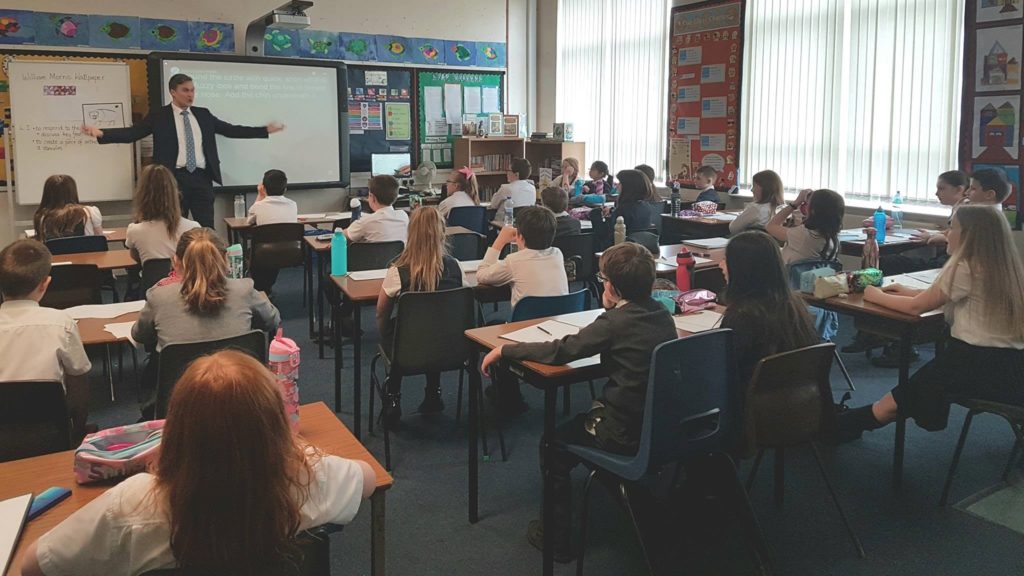 On Saturday, I was delighted to join my colleague Derek MacKay MSP and playright and performer Alan Bissett for a Q&A session at the Renfrewshire South SNP Coffee Morning in Johnstone. It was great to see such a strong turnout and I’d like to thank the executive committee for all of their hard working organising the event and to thank all those who donated raffle prizes and who supplied delicious home baking!

Finally, I spent this morning working my way through committee papers and briefings. Next week will see more drama at Westminster with yet another “meaningful vote”. Whatever way the vote goes, I’ll be out next Saturday campaigning in Kilbarchan!